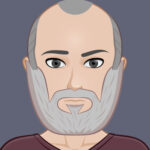 I start this blessing from chpt 12 with the last verse in chpt 11 to give both context and contrast. The celebration of the people is about to get literally rained on by Samuel. (12:16-18) (I wonder if that’s where the expression, “Don’t rain on my parade” comes from? Hmmm…) To give a little more context, recall in chpt 8:5 the people first began to ask for a king. Don’t know how long they had been harboring such thoughts in their hearts, but they finally got the nerve to ask an aging Samuel for “a king to judge us like all the nations.” (v. 8:5) This was, you know, still the time of judges. Eli had been replaced by Samuel as judge in chpt 4:8. (See also 12:11) This gives a special insight into 8:7, “…they have not rejected thee, but they have rejected me, that I should not reign over them.” Perhaps this explains why in 8:6 “the thing displeased Samuel.” He took it personally. How could he not? Wouldn’t you?

As is often the case, God gave people what they asked for, even the “fruit of their thoughts.” (Jer 6:19) Against all warnings (See 8:8-18), they asked for a king and got one, Saul, who then delivered the people of Jabesh-gilead out of the hands of Nahash the Ammonite. So by the end of chpt 11 spirits are high and, oh yeah, it’s time to include some worship of the Lord and offer some peace offerings. This was done in juxtaposition to their rejection of God as King over His people. (Remember 8:7) Neither was this “wickedness” (12:17) done in ignorance, but it was plain rejection of the word of the Lord as spoken by the Lord’s prophet and their God-appointed judge at the time, Samuel. (See 8:9, 8:19 and 10:19) Then comes chapter 12, and I see dark clouds coming. Yep. Somebody’s about to get wet.

So, what’s Samuel doing in chpt 12? Have you ever been in a gathering where one of the guests of honor rises to speak, and, instead of the anticipated outpouring appropriate back-slapping, he begins to speak of something quite to the contrary. Remember that feeling in the pit of your stomach? The cold sweat, the “I wish he would sit down ’cause he’s embarrassing everybody” thoughts, the feelings of desperation, of panic, of the almost irresistible urge to run screaming from the room? No? Maybe it’s just me. That’s what chpt 12:1-5 remind me of. Why is Samuel making the people swear before God and the king that he’s unblameable? Hang on, Samuel is about to cut loose.

You know, there is an advantage to having a history with God, and dwelling with those who have the same. In v. 6-11, Samuel relates a brief history of Israel in light of how God delivers his people. They are all beneficiaries of the same God acting in the same way toward the people He has chosen for Himself. To the people then and there, Samuel reminded them that the Lord, by the hand of His chosen judges, “delivered you out of the hand of your enemies on every side, and ye dwelled safe.” Truly a cause for rejoicing in the Lord. But not so today. Today’s celebration was not such an occasion.

In v. 12-22, Samuel reveals the new way things will be done. The mechanics of how God acts on behalf of His people will never be the same again. Some things remain the same, of course. Those that deal with the nature and character of God remain. “If ye will fear the LORD, and serve him, and obey his voice, and not rebel against the commandment of the LORD, then shall both ye and also the king that reigneth over you continue following the LORD your God” (v. 14) The promises to the fathers remains the same. “The LORD will not forsake his people for his great name’s sake: because it hath pleased the LORD to make you his people.” (v. 22) Repentance and forgiveness can still be found for sin. (v. 19-21) But so much more has changed and is not the same. And remember, this movement to have a king started in rebellion to God, and so you can bet the tree will bear its proper fruit. If you know even briefly the history of the kings of Israel, it is a train wreck coming.

But even in the midst of Israel’s wickedness, the wisdom of God can be seen. As the crucifixion of Christ was accomplished by the hands of wicked men, still it was accounted for “by the determinate counsel and foreknowledge of God.” Likewise, this wickedness of choosing a king served to provide the basis for fulfillment of Gen 49:10, “The sceptre shall not depart from Judah, nor a lawgiver from between his feet, until Shiloh come; and unto him shall the gathering of the people be.” I take great comfort in the promise of Rom 8:28, “And we know that all things work together for good to them that love God, to them who are the called according to his purpose.” What can I say, but praise the Lord.

To wrap up the chapter, I suppose I should be feeling a bit of sadness here for Samuel. It is a passing of an era. What will become of him now? What will his place be in Israel’s new economy? People will no longer look to him for deliverance but to their king. His own sons have gone the way of Eli’s Hophni and Phinehas. Tragic. Isn’t it time for him to just fade away on the sidelines. The last of the great judges of Israel. He will raise no young Samuel of his own to be heir to his position. So sad….NOT. Are you kidding me? He’s going to do what he’s always be doing! “Moreover as for me, God forbid that I should sin against the LORD in ceasing to pray for you: but I will teach you the good and the right way.” (v. 23) He’s going to serve God with all he’s got the best he knows how. That’s what men of God do. You say, “They won’t let me teach Sunday School” Boo-hoo. Go out and find some kids to teach. How about those snotty-nosed kids in the projects? Seen anybody reaching out to them? “They won’t let me be an elder.” Good! You’d probably make a mess of things. How about a ministry to the elderly, the sick, and all those that pastors have limited time for? Do you “visit the fatherless and the widows in their affliction”? Exactly what are you looking for? People to come to you? Last I heard the word “come” was not in Mat 28:19. I believe the operative word there is “go.”

So, brothers and sisters in Christ, let’s get going!