Leaders In A Culture Without Ships 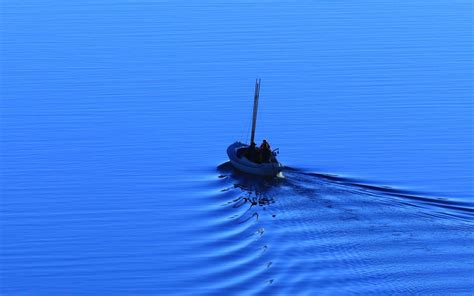 “If you want to build a ship, don’t drum up people to collect wood and don’t assign them tasks and work, but rather teach them to long for the endless immensity of the sea.”

As the world becomes increasingly equity focused and gender agnostic, men are discovering that the previous understanding of what Leadership is and what the expectations are for them is being challenged on all fronts. They often feel that they are unneeded in the home, the marriage, the workplace, the government, and even the military. Not only do they feel that way, but the doctrine of postmodern culture is that they are even toxic to society, and that everyone would be best served if manliness were completely diluted into the adrogynous expression of a genderless humanity.

Men respond to this in several different ways. Some unwittingly react violently against it and explode like a weapon of mass testosterone, providing a post hoc confirmation of the postmodernist bias that masculinity is toxic. At the other extreme are those that brokenly capitulate and willingly participate in the disassembly of their own manhood.

It is challenging for Christianity to adequately respond to this attack because for a long time it has relied on a contrived version of patriarchy, both in the home, in the church, and in the world. In this version of manliness, leadership is predicated on retaining a formal hierarchical position as the titular head of all the institutions, by fiat or by force. As such, Christianity broadly fails to provide the intellectual armament to repel this onslaught by postmodernism.

To arm ourselves, both defensively and offensively, we need to go back to the primitive design of leadership, that God imprinted deep in the spiritual and psychological nature of men. This design of leadership is just as valid and powerful, albeit overlooked, in the extreme patriarchies of other cultures (as well as our own in time past) as it is in the pansified, gender-fluid, worldwide chaos of today.

True leadership isn’t about who is in charge or who makes the decisions, or who is the boss. If we were looking for a metaphor of leadership we might consider the captain of a ship, standing tall at the tiller, shouting orders to the crew, sailing fearlessly into the unknown, answering to no one but his own confidence. That is not a great metaphor, because it speaks only to what leadership supposedly is, and says nothing about what it requires. The ship, silently rolling under the captain’s feet, gently slicing through the waves, and harnessing the mercurial force of the wind affords us a much better example of leadership, because it speaks to what leadership requires.

A properly designed ship is capable of handling terrible conditions and achieving lofty objectives. A poorly designed ship will likely not make it out of the harbour, regardless of the skill of the captain and crew. There are innumerable parts that make a ship effective, but three principle components to any well-designed ship is the centerboard or ballast, the rudder, and the sail. These correspond to the three critical elements that every man needs to develop in their life so that they can fulfill their Divine design as leaders: Moral depth, intellectual diligence, and spiritual desire.

Both sexes have significantly corrupted this design and consequently resent it, albeit in different ways and for different reasons, but resent it all the same. Women, under the influence of feminism and postmodernism, resent that God made them weaker. Men, both revolting and capitulating to the same influences, deeply resent that they have to work for it and that it is no longer simply a hierarchical birthright. They want to continue to exert the force of leadership without building the necessary moral, intellectual, and spiritual wherewithal.

During this retreat, our goal is to encourage each of you to be less concerned with the appearances of leadership and more focused on the internal reality that is the substance of true leadership. In short, to build your inner self according to God’s original design or manliness with moral depth, intellectual diligence, and spiritual desire so that you will be the natural leader that those that surround you are desperately longing for.